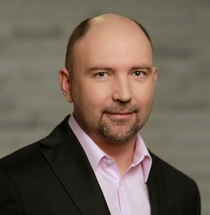 Alexander Bohutskiy graduated from the Faculty of International Relations of the University of Lviv. Since 1991 worked as an editor of the first independent Ukrainian radio station «Radio Independence». During journalistic career, has been working in the press and on television. In 1994 Alexander Bohutskiy headed the press center of JSC «Tavria Games» and was unchanged leader of this music festival. Since 2000 he has been CEO of TV channel ICTV. From 2009 to 2012 headed the group StarLightMedia, which united channels ICTV, «The New Channel», STB and M1. In 2012 he became a member of the investment advisory group EastOne, which implements strategies for managing businesses in the EastOne portfolio. PhD in law.