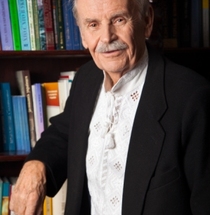 Since 1988 he has been working on a voluntary basis in Ukraine. Since Ukraine gained independence Bogdan Gavrilishin has been an advisor to several presidents of Ukraine, Prime Ministers, Chairmen of the Verkhovna Rada. Almost thirty years Gavrilishin devoted to the International Institute of Management MIM – Geneva. Held the positions of Director of Training, Director of the Institute, an honorary scholar. In Geneva, he taught subjects such as economic development, international operations management, global business environment, management and other states. At the beginning of 1970 the Institute decided to celebrate the 25th anniversary of its existence in a special way. Thus was founded the World Forum in Davos, where every year the first persons of the world of business and politics became to gather. In 1990 Bogdan Gavrilishin founded the International Management Institute in Kiev. Conducted seminars, presided over conferences, gave lectures at universities for groups of experts and at the international conferences in more than 70 countries, continues it to do and today. In 2010 he founded the Charity Foundation «Bogdan Hawrylyshyn».