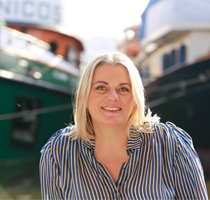 Ms Zehra Güngör (Turkey) did her further academic career in communication field, though, her BA in English Literature. Her MA in PR finalized with the thesis called «Total Quality Management in PR». Afterwards, she was accepted for doctorate education to International Relations, Diplomacy and Communications Institute. She completed her thesis «Communications Management in Diplomacy» in this department. She lectures both in Okan and Yeditepe Universities in Istanbul for Communication and Publicity.

Ms. Güngör had worked as an economy journalist for 20 years before founding a PR consultant company called STAGE Communications Consultancy (1999). During her journalism career, she was awarded as «the best journalist of the year» for three times by Turkish Journalist Association. During her PR career, she was rewarded by many institutions as well. She deserved a scholarship in USA by Turkish Government. She worked as a journalist in McGrawHill Publications-New York for one year.

Today, she has been running STAGE Communication Consultancy successfully for 14 years. She is the member of TUHID (Turkish Public Relations Association).

She is also a founding member and former board member of KAGIDER (Turkish Women’s Entrepreneurs Association) and Propeller Club.

At present, she is the 2014 President of IPRA and board member for six years and the Jury Chair of GWA for two years.