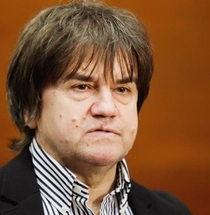 Political scientist and politician, director of the Institute of Global Strategies. One of the leaders of the United Center

Taught at the university of the political economy and political science, was the first deputy director of the Kharkov branch of the National Institute for Strategic Studies. Since 2003 – director of the Institute of Global Strategies. Engaged in political consulting since 1992. As a political consultant participated in the campaign 1994-2010 period. In the presidential election of 1999 was the head of creative and analytical group of the electoral headquarters of Leonid Kuchma. In addition, was an advisor of Deputy Prime Minister (1999 and 2001-2002) and adviser to the Chief of Staff of the President (2006-2010). In 2010 joined the party United Center, then became one of its leaders.