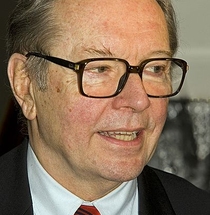 Since the beginning of the 70s Zanussi – one of the most fruitful directors of the Polish cinema, making one – two pictures annually. The author of several collections of telefilm scripts (partially along with E.Zhebrovsky), books «Conversations about Amateur Cinema» (1978) and «Time to die» (1997). The winner of «Premio David Europeo» (Italy) for creativity as a whole. The art director of creative association «Torahs» since 1980, the vice-chairman of the Union of the Polish cinematographers (1974-1983). Along with his work at cinema and on television, Zanussi has delivered a number of theatrical and opera performances in Poland, Ukraine, Germany, Italy, France, Switzerland, Russia and Belarus.