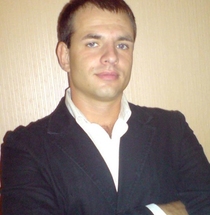 Jean Novosseltsev started working at the channel 1+1 as the correspondent of TSN. From that time until now specializes on journalistic investigations. In 2008 after a cycle of investigations «Tin uniform» which revealed corruption in law enforcement, Novoseltsev received in the address a number of threats from unknown. Security service of Ukraine was compelled to provide to the journalist protection – more than a month with him 24 hours a day were special forces soldiers «Alpha». In 2010 Jean Novosseltsev became one of organizers of journalistic movement «Stop to censorship!». In 2010 he worked as the leader of a special project of journalistic investigations «Personal record». In April, 2011 there was the host of «man's» news «Rush hour» on the channel 2+2. Since September, 2012 works as the host of social investigations «Money».