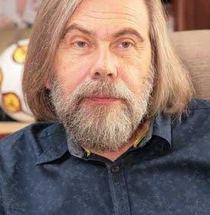 Graduated from Kiev National Taras Shevchenko University, Department of Physics. At various times, was a deputy of the city council, a member of the Kiev City Council, assistant of the vice-president of the Supreme Council of Ukraine, worked in the Administration of the President of Ukraine. Since 1989 participated in the election campaigns of various politicians and parties as a manager and an advisor. In 1998-2000 – Member of the Board of Experts on the internal politics of the President of Ukraine. Adviser of the Prime Minister Valery Pustovojtenko. Since 2002 – Advisor of the Head of Administration of the President Leonid Kuchma Viktor Medvedchuk. Since 1993 he is a Head of the Kiev Center for Political and Conflict Studies (KCPCS).