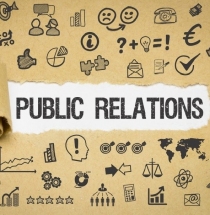 Functionality of a Modern PR-Pro: An Expert’s Opinion

Under modern conditions, a PR-expert’s job, in addition to all of its professional functions, presupposes skills and knowledge that can hardly be considered a part of purely public relations. For those whose activity is directly connected with communications it is no secret that a PR-pro is not simply an intermediary between a company/a person and the outer world. A PR-pro is also a journalist, a psychologist, an economist, a market expert, a sociologist, a linguist, a lawyer, an SMM, SEO, RSS expert. Besides, he/she is a good speaker, a promoter, a strategist, a leader, a boundless optimist and just a charismatic personality.

It would not go amiss if we also say that steady development and self-study are important for PR like nowhere else. It is one of the main keys to fulfil oneself in the profession which is considered not only one of the most prestigious but also, alas, one of the most stressful.

Various aspects of the PR-pro’s job in terms of the early 21st century messages will be reviewed within the framework of our panel discussion “The Portrait of the Ukrainian PR-Expert: Yesterday, Today, Tomorrow” to be participated by Olena Derevyanko, Victoria Yesaulenko, Olena Horyacheva, Kateryna Kovalevska, and Olena Pryvalova. Besides, Mykhailo Shuranov, Ukrtelecom PR Director, will dwell on the role of education as the driving force behind a corporate career.

We would like to remind you that the XVI International PR-Festival “Communications of Tomorrow: A Puzzle of Success” is to be held in the Grand Hall of the capital’s Khreshchatyk Hotel on March 29, 2018. The forum is traditionally initiated by the Ukrainian PR-League. The official organizing partner is the PR-Service Agency.