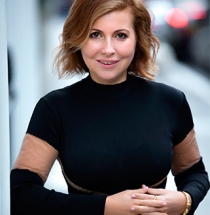 XVII International PR-Festival to Be Held on April 25, 2019 – Challenge & Response

The Organizing Committee of the XVII International PR-Festival has set the date of the 2019 forum – April, 25.

This year, the linchpin of presentations and panel discussions will be the topic of Challenge & Response while the general slogan of the Festival is “The Art of Dancing in the Rain”.

Olena Derevyanko (a partner at the PR-Service Agency and vice-president of the Ukrainian PR-League), head of the Organizing Committee, said, “The scope of global challenges of today sets the logic of the 2019 Festival’s agenda. The challenges that PR experts whose job is communications face regularly. The challenges that sooner or later confront everyone who is completely integrated into the information space because of the nature of his or her business or lives an active public life answering the call of his or her heart. And we will be looking for the correct response to each key modern challenge”.

The Organizing Committee has defined the key issues to be discussed on April 25 as follows:

The rest – speakers, ideas, formats – will be of the highest level in the traditionally hearty atmosphere. The evening part of the agenda – awarding the winners of the Fifth National Rating of Corporate Reputation Management Quality “Reputation Activists” – will also be as friendly as ever.

Background information. The International PR-Festival is a non-profit professional event which is supported on the crowdfunding basis (participation fees are to cover all the organization costs). The Festival has been held since 2002 under the auspices of the Ukrainian PR-League. It is the “longest playing” project of the national communications industry.