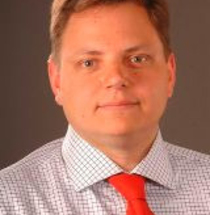 Director at Ukrainian Institute in London

Andy Hunder is a native Londoner, who over the past nearly two decades has become a recognised leading expert in Public Affairs, Communications and Government Relations in Ukraine.

In 1997 Andy was a TV presenter on the leading Ukrainian television channel Inter. For seven years he headed the Public Relations department at Ukrainian Mobile Communications (now MTS Ukraine) and in 2004 was appointed External Affairs and Communications Director at GlaxoSmithKline with responsibility for Ukraine, Central Asia and the Caucasus. He later launched a Corporate Communications and Public Affairs practice in Kyiv. Mr. Hunder advises multinational corporates on government relations and business development in Ukraine.

His extensive knowledge and experience of the Ukrainian public sector make Hunder one of the leading experts on the country’s government relations and public affairs. Andy is a regular commentator in the international media including the BBC, CNN, Sky News, ITV, Al Jazeera and others. He has spoken on Ukraine in the Houses of Parliament, House of Lords, Oxford University, London School of Economics and University College London.

Andy studied Philosophy and Theology in Rome, Italy, and speaks fluent Ukrainian, English, Russian, and Italian. He lives in West London with his wife and their two sons.